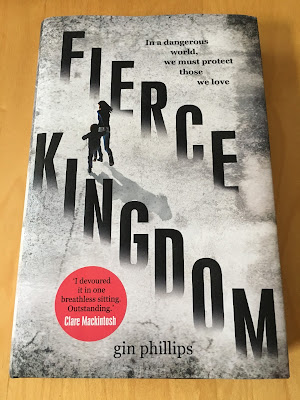 Fierce Kingdom was a book that I won on Twitter from Alison Barrow (@alisonbarrow) from Transworld Books. Firstly I need to give a huge thanks to Alison for this. This book was out on June 15th. I have not read a book by Gin Phillips before so I was going in blind as to what her style of writing is and what her books are like.

"An action packed read, which had a real life feel to it"

Lincoln is a good boy. At the age of four, he is curious, clever and well behaved. He does as his mum says and knows what the rules are.

When an ordinary day at the zoo turns into a nightmare, Joan finds herself trapped with her beloved son. She must summon all her strength, find unexpected courage and protect Lincoln at all costs – even if it means crossing the line between right and wrong; between humanity and animal instinct.

It's a line none of us would ever normally dream of crossing.

But sometimes the rules are different.

When I read the cover of this book I was excited about it. A few chapters in and I was even more excited about it. You already knew what was going to happen and you felt that if you turned on the news, it could be happening right now in the real world. I love how the book was written, each chapter title was a time. Something like 5:32pm or 7:06pm which made me think of the TV series 24 which was filmed in real time, and one of my all time favourite shows. The zoo has been taken hostage and there are people stuck all around. This included the main characters Joan & Lincoln, a mother and son who you follow throughout this book. Lincoln is only 4 years old so Joan not only has to protect herself but also that of her son. I liked the relationship between these two and as the book progresses you put yourself in Joan's shoes and you ask yourself, as stated by Shari Lapena on the back of this book "What would I do?"

The other characters in the book were the hostage takers plus a few other people lost and hiding in the zoo. Although these were bit part characters in the book you found yourself asking on every single one. Are you hiding for fear of your life or are you part of this whole process. The way they were written you felt like you could not trust any of them. This gave the story a mystery to it for me which added to the already great plot line.

Reading this book, I found the pages were turning at a fast rate, especially the last 70-80 pages which felt like I read in about five minutes. The ending was great and it had you on the edge of your seat, or in my case sitting up in bed and straitening your back to make sure you were concentrating correctly.

Was there anything at all that I did not like about the book? Well there was I'm afraid. Around a quarter of the way through the book I felt the story kind of stopped. It slowed down quite a bit and you did not have that urgency to read on like you had at the start of the book. Or the second half of this book did after you got through this part. For me this was my only bug bear, The rest of this book was great..

As I've said in my last couple of blogs. Would this book be a good summer holiday read.? Well.... I would definitely recommend that you take this book with you and would be great whilst sat by the pool or on the beach. Maybe not so though if part of your holiday you are going to the zoo... If you are though, please make sure you know where ALL the exits are.

I scored this book a 4 out of 5. I really enjoyed it apart from the little blip I mentioned above. My first Gin Phillips book has now been read and it will definitely not be the last I read of hers as well.

I would love to know what everyone else thinks about this book if you have read it. Do you agree with me or not? Please let me know.

Book Review: Into the Water by Paula Hawkins 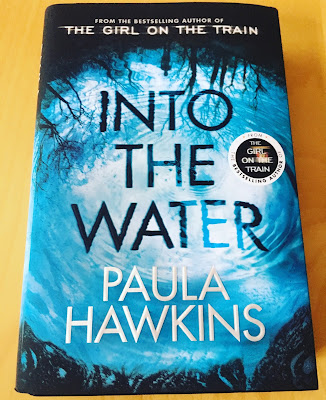 
I am sure most people out there have heard of Paula Hawkins debut book The Girl on the Train, whether you have read the book or been to see the movie or both. The Girl on the Train is up there as one of my all time favourite books. I however cannot bring myself to watch the movie in case it ruins it all for me. As soon as I knew the date of when Paula's second novel was coming out I had to pre-order this, without even reading what it was about.

"A good second novel after what was an amazing debut"

A single mother turns up dead at the bottom of the river that runs through town. Earlier in the summer, a vulnerable teenage girl met the same fate. They are not the first women lost to these dark waters, but their deaths disturb the river and its history, dredging up secrets long submerged.

Left behind is a lonely fifteen-year-old girl. Parentless and friendless, she now finds herself in the care of her mother’s sister, a fearful stranger who has been dragged back to the place she deliberately ran from—a place to which she vowed she’d never return.

How do you follow The Girl on the Train?? I'm sure Paula herself could not have imagined the global success of her book. There is always that worry that is this the best it will get and will it all go down hill from now on....

Into the Water starts off in a very intriguing manor and your mind was already engaged. It has been written so that each chapter is by a different character and you follow the story that way. I loved the idea that this story was set in a small village in the north of England. This gave it an eerie feeling because a lot of these type of villages have lots of secrets and a lot of them can be very dark. I found though that about a quarter of the way through this book the story became a bit samey and I found it a bit tough going to be honest. Thankfully around page 150 the story kicked to life again and continued all the way to the end. I found the story very original and nothing really I had seen or read about before. Did I get it before the end?? A little yes, as I had a couple of feelings but this did not ruin the excitement of finding out.

What I think I loved the most was about Into the Water was that each character had something suspicious about them. Like they were all guilty of something in their past. You had to decide whether this was linked to the story or that it was a village full of dodgy people. Jules the sister of the lady who was found dead I enjoyed following in the book. You always feel she had a very dark past and she was constantly scared about everything that has happened and what was happening. The two police detectives I also enjoyed as well, Sean who is the local policeman who was very troubled and Erin who was brought in from the City to help with the investigation. I liked how she struggled with the village way of life and had to adjust her working ways.

On my previous blog (Behind Her Eyes by Sarah Pinborough) I mentioned that, that book would be a great holiday read as we now enter July. Into the water is the same I think if you are looking for  good read on holiday then try this, but whatever you do. Don't go for a swim in a river....

I scored this book a 4 out of 5. Was it as good as The Girl on the Train?? no it was not, but it was a good read. There was only the little part that I struggled with but if you push through it then you will be satisfied.. Will I read Paula Hawkins next book? Yes I will and when I find out the date I will pre-order.

I would love to know what other people think about this book? do you agree with me or not.. Let me know...