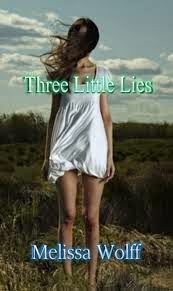 Three Little Lies
by
Melissa Wolff
This book was given to me direct from the author Melissa Wolff to read and review for her, which I am extremely grateful for. Big thanks to Melissa.
Three Little Lies is a book about a rebel teenager called Amber Swanson, who is sent to live with her half sister Rebecca in Virginia for the summer. Amber's best friend has gone missing and everyone thinks she has just ran away, even her own parents do not really care. Taking this news really badly, Amber starts to drink, smoke and misbehave, which is why her parents have sent her Virginia. Whilst there she meets Ethan, the mayor's son, a bit of a loner. They grow together in a strange relationship as Amber searches for clues to find out what really happened to her friend as well as a group of women that have also gone missing.
This book started off a bit slow in my opinion but not in a bad way. It's a fast read,  but I was just a little confused with the story. This however did not last long.  As soon as the first 20 odd pages were finished the story became a lot clearer and intriguing. The book was kept at a quick pace all the way through and had you guessing after each chapter.
The characters were believable and well written . I really liked Amber the main character a lot. She was moody, brave and just did what she wanted. I also liked Ethan in a way that you actually felt sorry for him. I also felt for Rebecca who runs her own diner with her bad boyfriend.
As a huge fan of thriller/mystery novels this one had my mind racing as always. What has happened? Who did it? yet again I failed... but I did not mind failing because the ending to this book was just WOW like really WOW. It had me gasping out loud as the story unfolded.
This book is aimed at young adults but I am 34 and loved it.
I scored this book a 4.5 out of 5. It would have been a 5 if the start was a bit clearer for me but then this is just my opinion. Would I read another Melissa Wolff book? Yes I will. I have read that she is writing the sequel to Three Little Lies and can't wait to buy this book. If you are a fan like me of thriller/mystery books then I would recommend this to you.
I would love to know what other people think if they have read the book. Do you agree or not? Let me know.
Speak soon
CBailey31

Book Review: The Wolf of Wall Street by Jordan Belfort 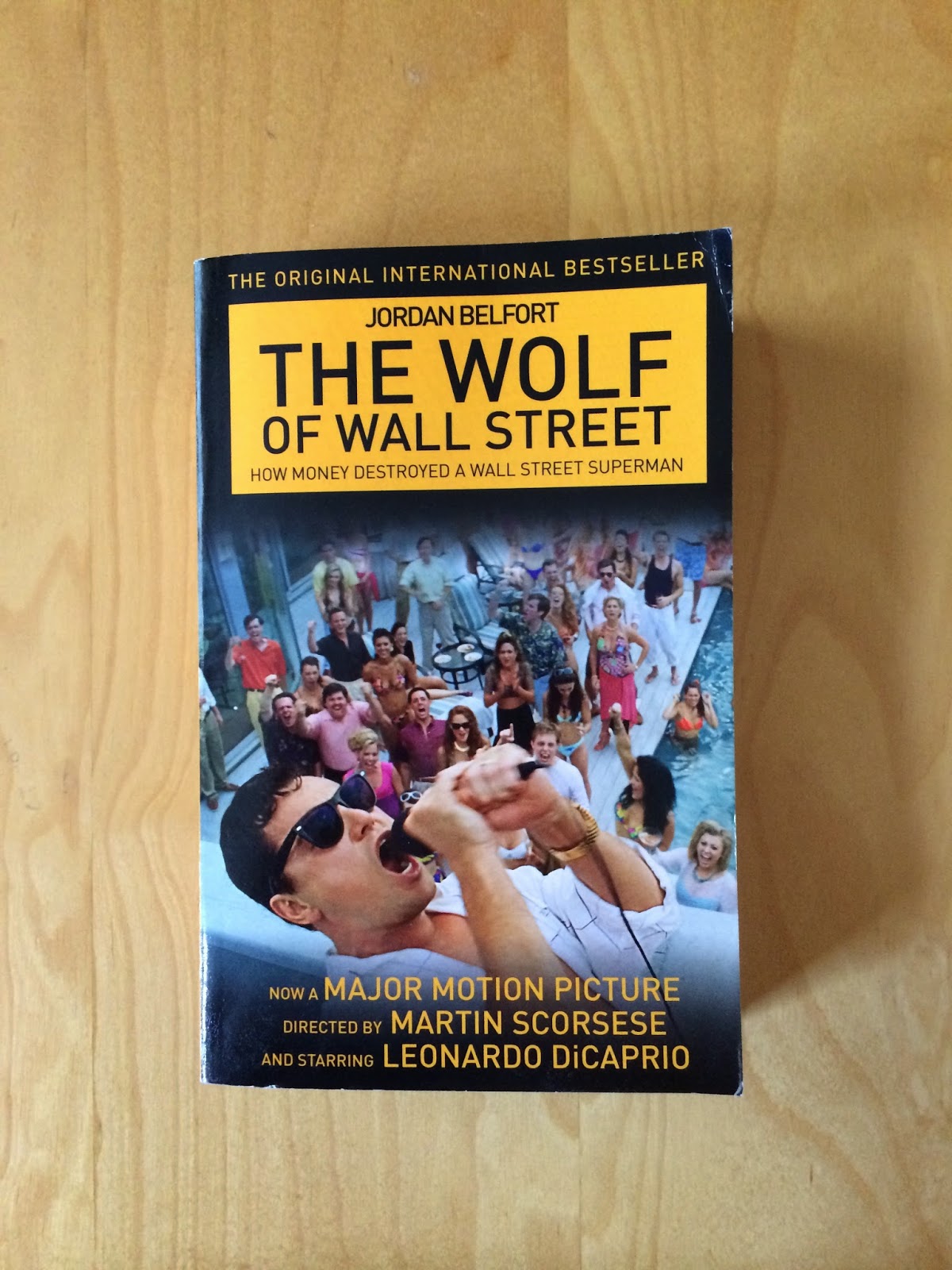 The Wolf of Wall Street
by
Jordan Belfort
To most of you The Wolf of Wall Street is a movie starting Leonardo DiCaprio. This film was based on the book written by the man himself Jordan Belfort. When it comes to films based on books I always prefer to read them first. Previous I have read The Davinci Code, The Silver Linings Playbook, The Blindside and The Hunger Games Trilogy amongst many books. When I picked up this book of the shelf in the shop I turned it over and the first thing you read is "The outrageous memoirs of the real Gordon Gekko". Well, as Wall Street is one of my favourite movies I did not need to read on. It was a simple choice to read this book.
If you are easily offended by foul and abusive language then this book is not for you. However if you do not mind the language along with corruption, drugs, sex, power and pure wildness then you must buy this book. Jordan Belfort writes what can only be described as a brutally honest account of his life in the early nineties and how he changed the way the stock market was run. The "get rich quick" of the eighties was over. Jordan changed things, he moved out of Wall Street and set up his own brokerage & securities firm out on Long Island. In this book you follow how he went from being one of the richest business men in town, who used his power and greed to basically do what he wanted. For it all  to come crashing down in one humongous drug filled rampage.
This book is fantastically written by Jordan. You could say it reads like an experienced author has written it. For a man who abused his body so much with drugs and alcohol, you are surprised he is still alive, never mind written a book as good as this. It is fast paced all the way through and has you gasping, wowing and laughing out loud on every page. He has kept the real identity of a number of people in the story, only changing a few names for private matters. What I liked most about this book was the honesty about the money, whether it was what he earned, spent or used to bribe people. The way he describes his experiences are just brilliant -  it actually makes you feel like you are there with him. After Jordan, a couple of my favourite people in the book were Mad Max and his outrageous business partner Danny Porush. Mad Max had me in stitches every time he appeared in the book. I sometimes had to put my book down due to having the giggle fits. Danny was just mental and like Jordan you are surprised that they are still alive after everything they put themselves through.
I scored this book a 5 out of 5. It was one of the most enjoyable books I have read and if you have not yet seen the film then you must read this book. In fact even if you have seen the film give it a go. You will not regret it.
I have only just realised that Jordan Belfort has written a follow up book to this called Catching The Wolf of Wall Street. This will be my next purchase come pay day.
I would love to know what other people think about the book if you have read this. Whether you agree or not with me. Let me know on this blog.
Speak Soon
CBailey31﻿
Posted by CBailey31 Books & Blogs at 10:38 1 comment: